My big brother goes to...

For those of you who know my family this news is a bit old, but it's something that I feel I have to blog about, and better late than never!

My big bro Patrick is something of a world traveller, which is a bit ironic since of the two of us he's more of the homebody, and I'm more of the adventurer. Being the oldest two siblings we are the two who remember all of our family's moves growing up, and we would often discuss how they affected us in opposite ways. For me, that endless uprooting and replanting seemed so normal that I couldn't envision anything else, and I've always had a yearning to move somewhere new after a few years in one place.

Patrick, on the other hand, seems like he would be happy to spend the rest of his life without moving again. And yet since graduating college he's certainly done much more travelling than I have! Working for a Dutch firm as a software engineer he's lived in Amsterdam, Sydney, Hong Kong and Chicago, with company vacations all over the place as well. With those three international additions, and his having visited us here in Morocco twice now, it means he had been to six of the world's seven continents. Well in February, he completed his world tour, and went here: 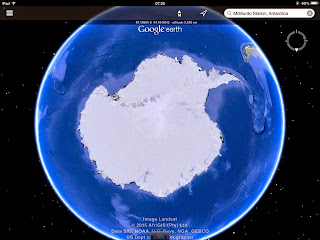 First he flew to the end of the world in Argentina.... 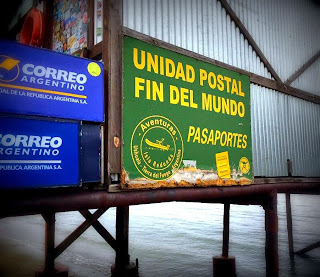 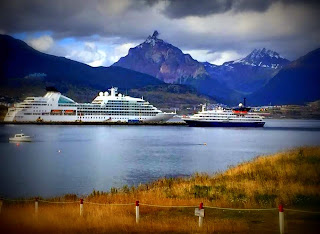 And as they sailed the Drake passage... 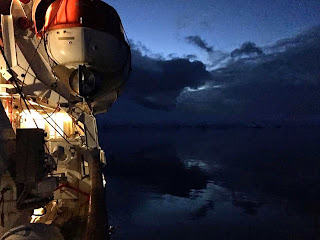 he got to see some pretty spectacular views. 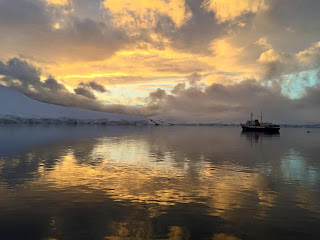 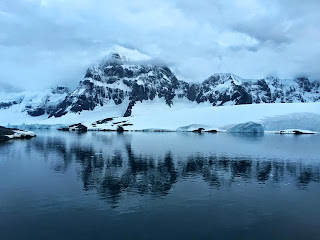 Then they arrived in Antarctica! The boat landed them on shore a few times...

so Patrick made some friends! 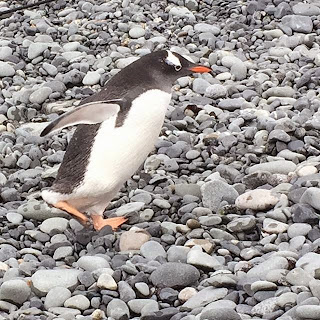 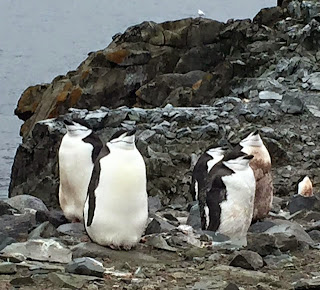 He also made some non-avian friends. In one of his rarely loquacious moments he sent a family email describing the people he met.

The cruise consisted entirely of people without kids at home. So either retired people or people my age before kids. I interacted mostly with the people from Harvey Mudd College... very impressed with that college in general, especially after the cruise.


Many of the people there my age were either in software development or trading. There were also attorneys and people involved in theatre and media businesses. Lots of cool people overall. Most of the retired HMC people also had technical backgrounds: some had started companies, some had worked at government labs... cool people all around.

That glut of information was in response to an email I sent to the family with a paragraph I had typed up about him to use with my adult Elementary students while studying personality adjectives.

For the sake of fitting in all the adjectives I had to make a few claims (i.e. the new friends part) that I wasn't totally sure were true, but in the end I was proved to have guessed correctly! Of course the group email spiraled into a discussion on the proper title for Patrick's job (computer programmer or software engineer, NOT computer engineer apparently), on Othman's new family nickname "Oat" (not sure where that one came from), and Tessie giving us a wildlife narration of the Braga-Henebry family in their natural on-line habitat. Just another typical family email exchange.

To get back to Patrick's trip, he rounded it off with a visit to Iguaçu Falls on the border of Argentina and Brazil (which is the part that made me the most jealous, let's be honest). 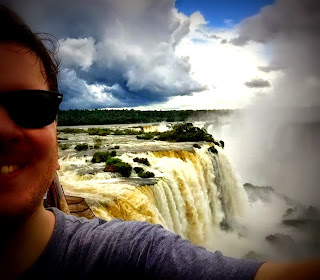 He even took a helicopter tour! Whhaaaat? 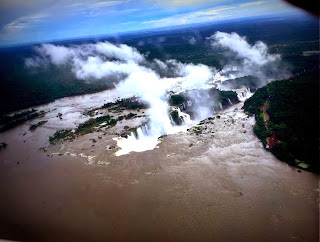 To end this post on the classiest note possible, here's Patrick's proclaimed best video of the entire trip:

A Flattering Angle from Patrick Braga-Henebry on Vimeo.