I was checking my mail early-morning, quietly on the computer, sipping my coffee, and the phone rang. The ID said unknown and he had a lot of zeros... So I didn't expect much, but then... as soon as I heard his voice my heart jumped so high! I had no idea he would actually find cell coverage, but they were on a little boat called "The Zodiac", inflatable, around the rugged coast, when he called. They actually had not landed yet on the continent, but they were on a bay called Hope Bay, and there was an Argentinian outpost with a few huts that they could see, and when they heard that there was cell coverage available he attempted to call... and lo and behold we were able to talk for a little bit! His voice was so full of excitement and wonder! It was probably one of the most awesome phone calls I've ever gotten. 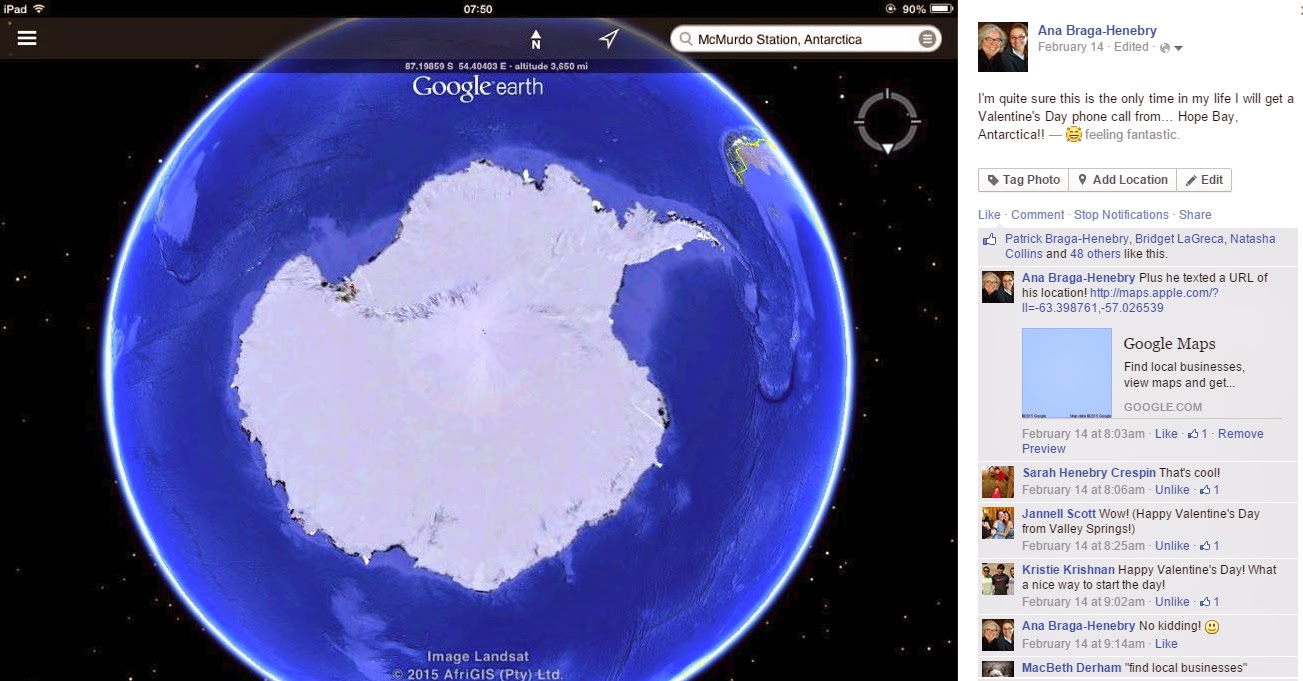 Posted by Ana Braga-Henebry at 6:13 AM

Email ThisBlogThis!Share to TwitterShare to FacebookShare to Pinterest
Labels: Family Trips, Number One