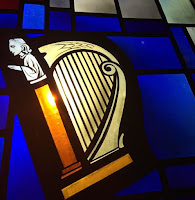 The day started with our choir being thanked by Father at mass as we sang for the last time before we resume in September!

Around the middle of the day, the girls had their Spring Voice Recital.

Number Six's piece was in Italian, and so pretty!

For Number Seven's piece, the original-French composition "La Mer", Number Six was invited to play the piano accompaniment for her sister.

Unfortunately, during the last piece of the recital--the girls' beautiful duet--the camera's battery ran out about one-third into it! I was desolate, but will record them again at home and include here asap.


At 7 PM, Number Six played in the Walker Studio Spring recital. Her first piece was The Northern Prairies in three short movements--we loved hearing her study this piece at home these past two months. Notice the third movement The Blizzard. 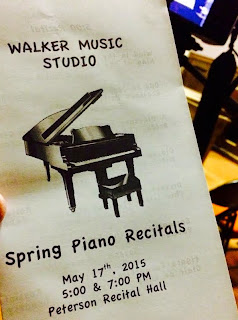 And then she closed the recital performing La Fille aux Cheveux de Lin (Girl with the Flaxen Hair by Debussy and Bagatelle by Alexander Tchbrepnin.


To close the musical Sunday we visited at home with friends Nancy and Jennifer and the girls had to so impromptu singing by the piano! 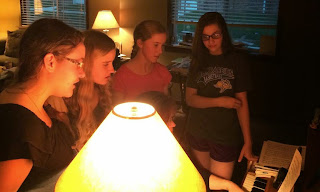