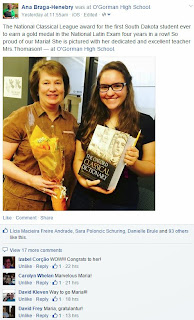 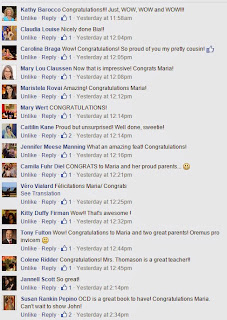 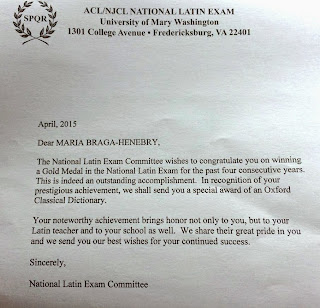 Here is what she wrote on her own blog:

Well, Latin ended yesterday. I took the AP test. It really went better than I expected, so that's nice. I also got a pretty cool award: 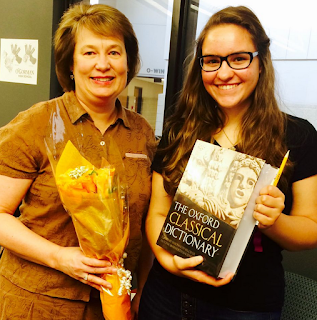 I can wave good-bye to the *ahem* lovely writings of Caesar and Vergil. For now, at least.

Posted by Ana Braga-Henebry at 1:39 PM