The Abbey Sisters go to the farm!

We can't really see our dear Sister Marta OSB but in one photo behind the sunglasses! The day at the farm looks so lovely! Here is the website with the original German text. I found some photos of the monastery online when I searched for the map between them and the Abbey in Eichstatt: 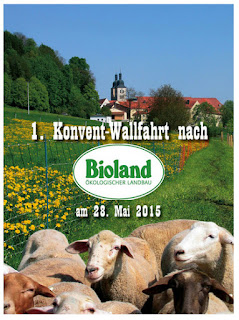 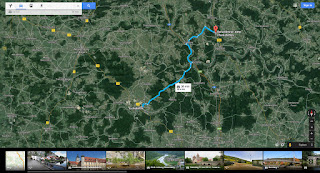 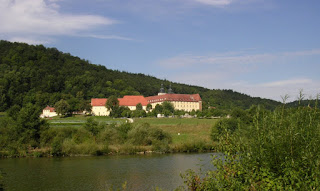 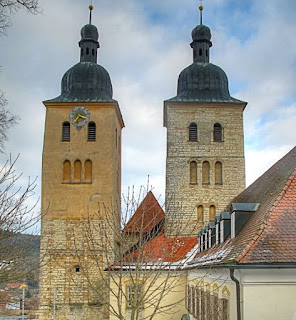 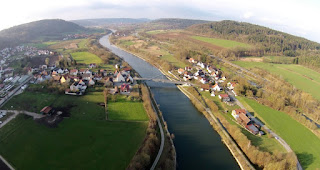 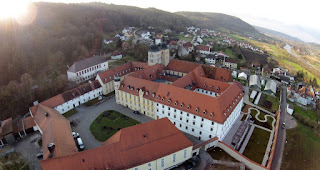 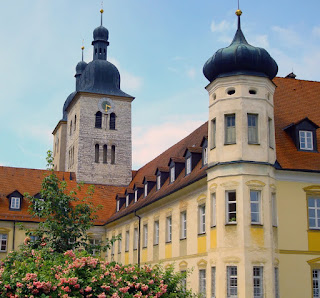 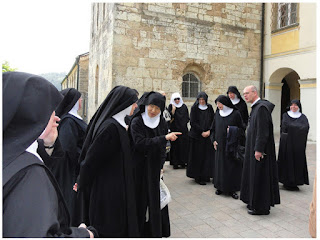 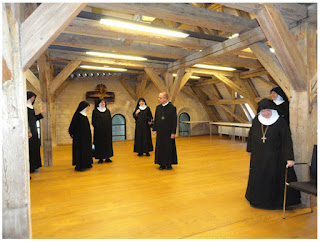 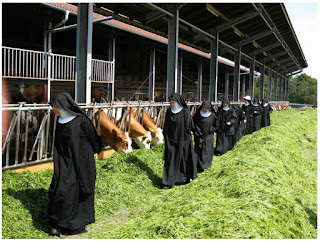 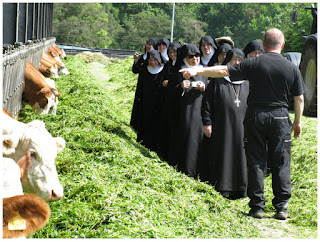 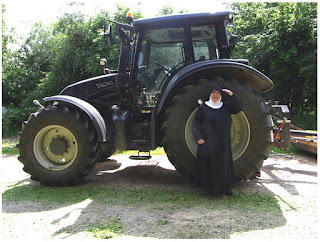 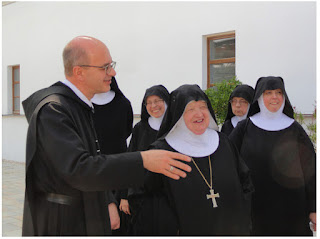 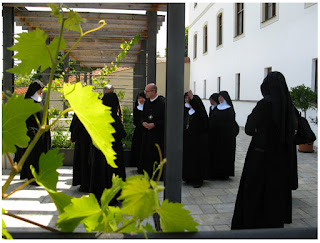 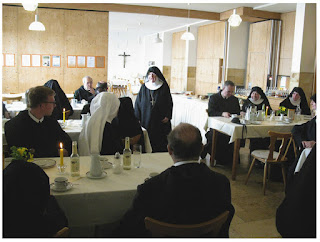 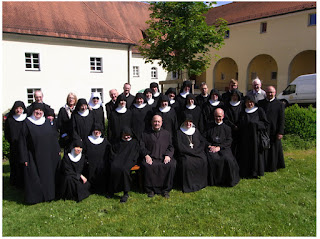 Convent trip to Plankstetten On Thursday, May 28, 2015, a large part of the Convent made on the annual trip, which now took place for the fourth time. "Why seek far afield when the good is so close" - the invitation of our neighboring Abbey following, broke 20 sisters and two "civilian drivers" in the morning at 9 clock on after Plankstetten. This time gave us the sky a sunny day and so already the ride was through the Altmühltal pleasant. After Abt Beda had warmly welcomed it went behind Brother Richards tractor up to Staudenhof where the trained farmer gave us an insight into the organic farming (with theological background). Pig and cow shed were inspected in detail, whereby especially the savory odors to the Shore lunch in the church left a lasting impression. After a good lunch - the chips found despite previous visit to the "cute pig" selling like hot cakes - led us Abt Beda through the newly renovated parts of the monastery, as the choir chapel, new guest rooms under the roof, or the impressive cellar. After coffee and cake from Frater Boniface bakery you took the photo line-up obligatoirschen Convention. Although our confreres had already endowed already rich, there were 3 cases Maibock as Viaticum. Thanks to Plankstetten for this beautiful day which was also an opportunity to get closer "among Benedictine monks".

Posted by Ana Braga-Henebry at 9:05 AM

Is that Marta in the sunglasses?