Update, around 10 PM: As it happens, this poor poem sprung just like that, the way poems do... and later on this same day, at a woman's group meeting at church, I was told that a poem I wrote for Catholic Daughters won first place in State and went on the Nationals. I cannot publish it here yet, will be able to do it after the national conference. The poem I wrote for CD was on the theme of Charity and it also sprung just like that, based on a experience I had recently with a homeless man in Lincoln, NE. 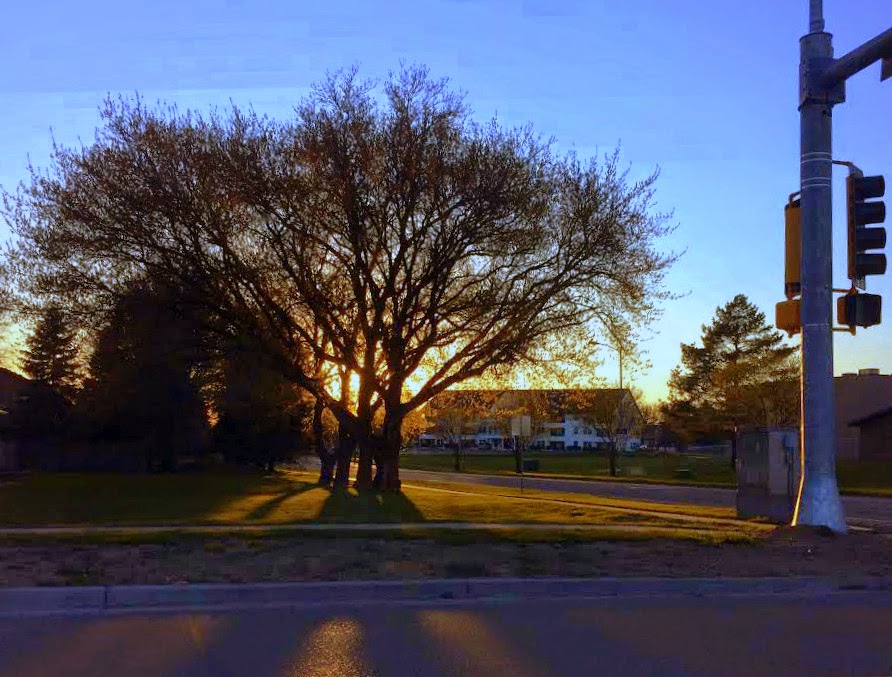 They say God hides well.
That if He is,
then He should show Himself.

Are they blind?
Do they not run errands at sunset?
Do they not stop at traffic lights,
and, blinded by the light,
look sideways?

And have their breath taken away,
so unexpectedly?
Do they not take the minute to record it?
Trying in vain to make that fraction of a moment
eternal?

I wonder where they think
unexpected Beauty
comes from.

Posted by Ana Braga-Henebry at 9:05 AM