After eating, buying fireworks and groceries, watching a soccer game, and going to Confession and Mass, we came back to the house to make dinner and begin shooting off fireworks. The little girls, who had not had much experience with fireworks, had tons of fun. Before dinner Claudia and I did snakes, snappers, and smoke bombs with them. Again, the camera was out in full force. 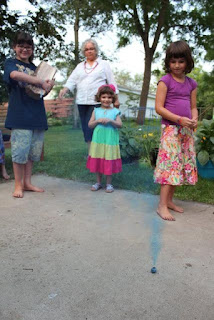 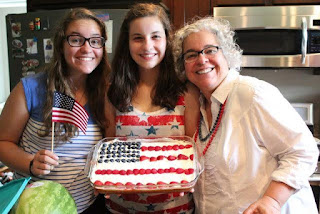 We had made a cheesecake with Hope the day before, so we decorated it accordingly. 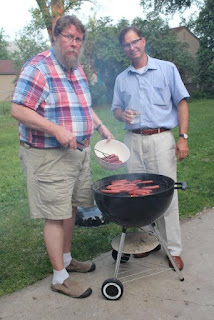 The dads had fun being the grillmasters. 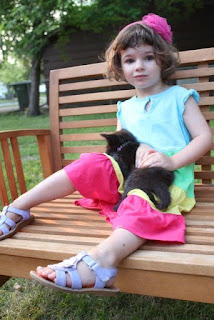 Josie was in love with Nora the kitten, who was obliging enough to sit with her while she watched the fireworks. 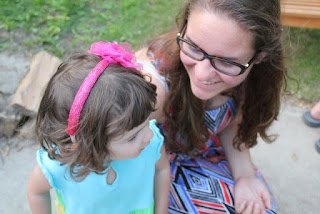 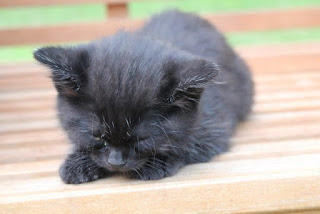 After a late dinner, around 9 pm, the more interesting fireworks began while the adults sat around the fire. 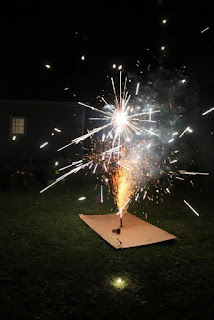 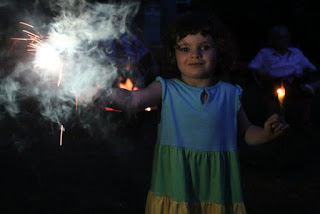 The Pepino kids had never done sparklers, so there was a lot of excitement when we got out a bunch. We had bought 150 sparklers for the occasion--they are a family favorite.

Claudia had Raphael, Tessie, and me write USA with our sparklers while she took photos with long exposure, to see the word. Only one worked, and we were thrilled. We celebrated with s'mores, minus the graham cracker and marshmallow. 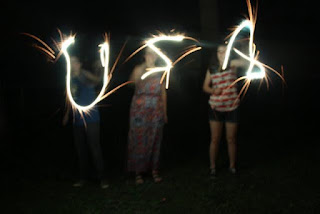 This past weekend, the Pepinos came up for some 4th of July fun. It was a super great visit--as I told Dad after they left, "Now that the Pepinos have been to the new house, it's officially a home."

In the late morning was the Brookings 4th of July parade, to which we walked, as it was downtown. We found a nice spot in the shade and set up our lawn chairs. Invariably, Claudia took a bunch of photos. 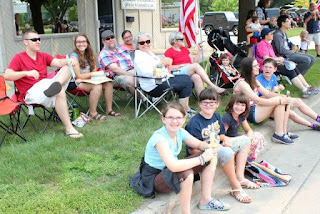 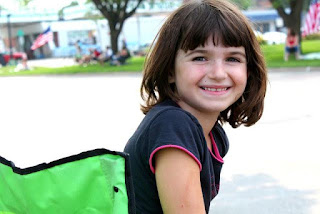 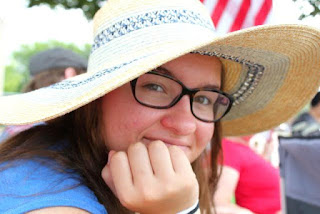 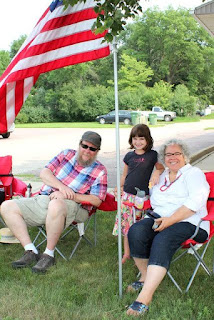 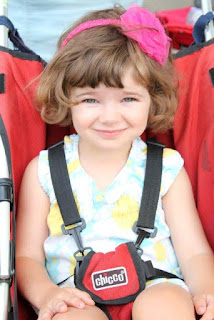 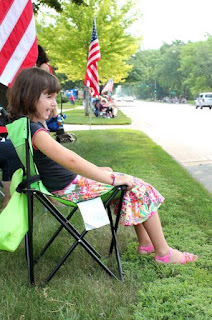 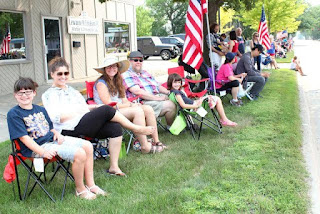 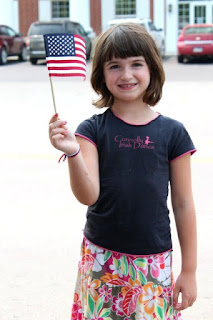 Lots of people were throwing candy, so the little girls had a blast catching the pieces in Claudia's huge bag. Some people also handed out tokens for free ice cream cones and other coupons from Dairy Queen, so we headed there for lunch. 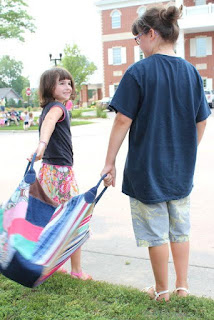 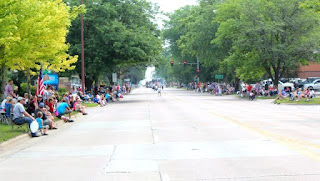 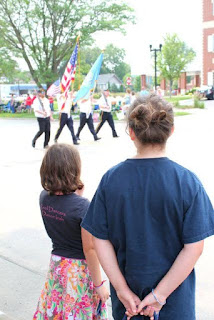 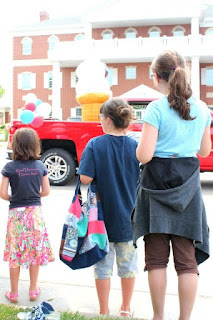 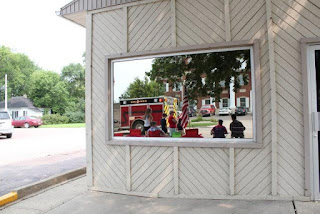 Posted by Ana Braga-Henebry at 6:43 AM