I am borrowing my daughters' blogs...

For the Fourth of July weekend our wonderful friends the Pepinos drove up from Nebraska to celebrate with us! Their oldest son is exactly Tessie's age, so we often say that their family is the continuation of ours. Since we've never had relatives living close to us, we've often formed great friendships with other families who turn into our pseudo cousins (I've mentioned another such family before), aunts, and uncles. The Peeps are one such family. We also call them the Cukes since pepino means cucumber in Portuguese!

The Pepinos plus an intruder-- from my mom's Facebook.

Not having seen them since Marguerite was a flower girl in my wedding nearly two years ago, I was really excited to have them here for the weekend. Getting to know each child's individual personality better now that they're older has been lots of fun. 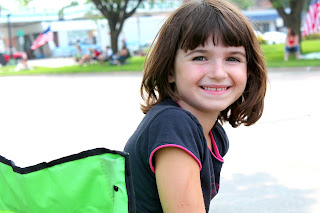 Early on the Fourth we walked 10 minutes down our beautiful residential street to one of Brookings' main drags, wanting good seats for the city's Independence Day parade! 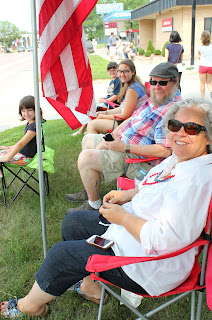 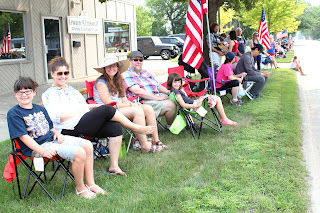 And again. Probably the only picture of me you'll see from this day!

I had fun taking some portraits while we waited for everyone else to catch up and for the parade to start. 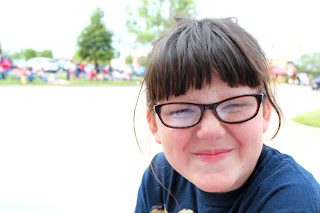 Funny little Louise, who I joke is named after me. 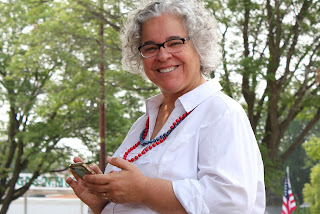 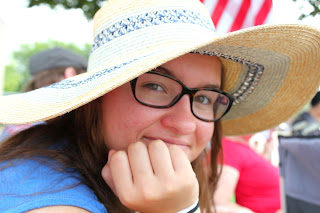 Aww I love my Bia.

Finally the others arrived, including the darling of the weekend, three-year-old Josephine. 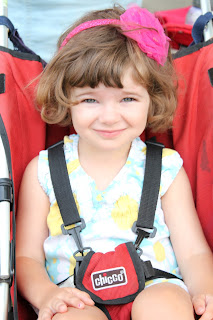 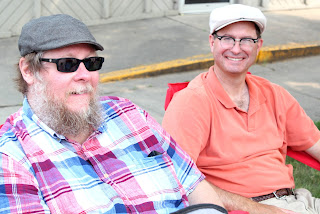 Minutes later we heard some sirens and the parade began. 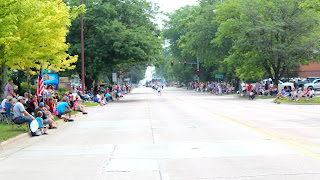 Marguerite was happy that the waiting was over! 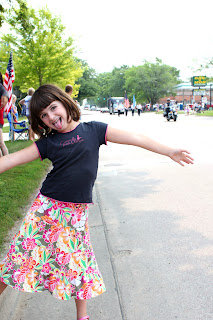 The parade was very much a small town parade, including what seemed like every "public" vehicle in the city and surrounding towns (firetrucks, ambulances, even a few buses!). Advertising was also a big part of the parade. 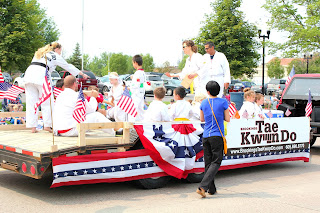 This was the only real "float" of the parade. I'm not sure what the Sons of Norway are, but we sure have a lot of Norwegians in South Dakota. 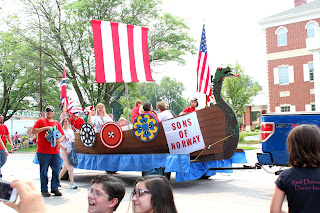 The university here, South Dakota State, where my brother Thomas studies and my dad works, has a very strange unofficial mascot-- Hobos. Some of the university students in town had fun dressing up and amusing the kiddos there. 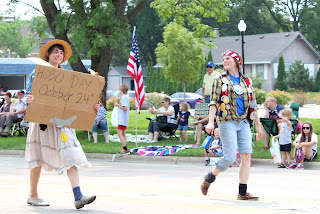 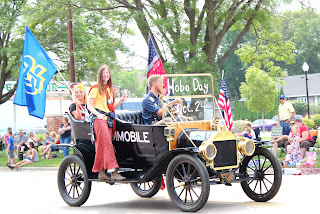 Throughout the parade there were some pretty cute things going on... 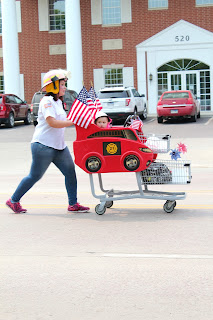 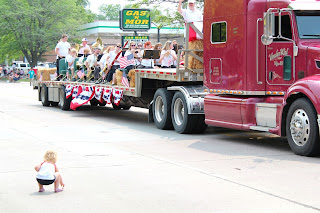 ...but let's be honest, most of the time it looked something like this: 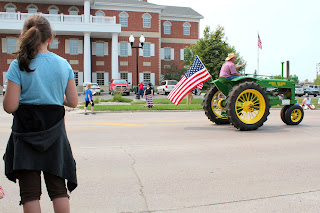 But the kids had fun, (even the teenagers!), and collected and ate lots of candy, 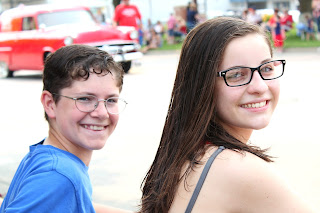 and even some ice pops! Because we all know that no parade is complete without sugaring up the kids! 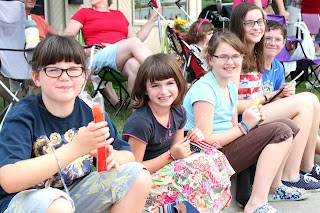 Posted by Ana Braga-Henebry at 6:29 AM